Twitter is a microblogging and social networking service on which users post and interact with messages known as "tweets".

You can find authentication information for this node here.

The final workflow should look like the following image. 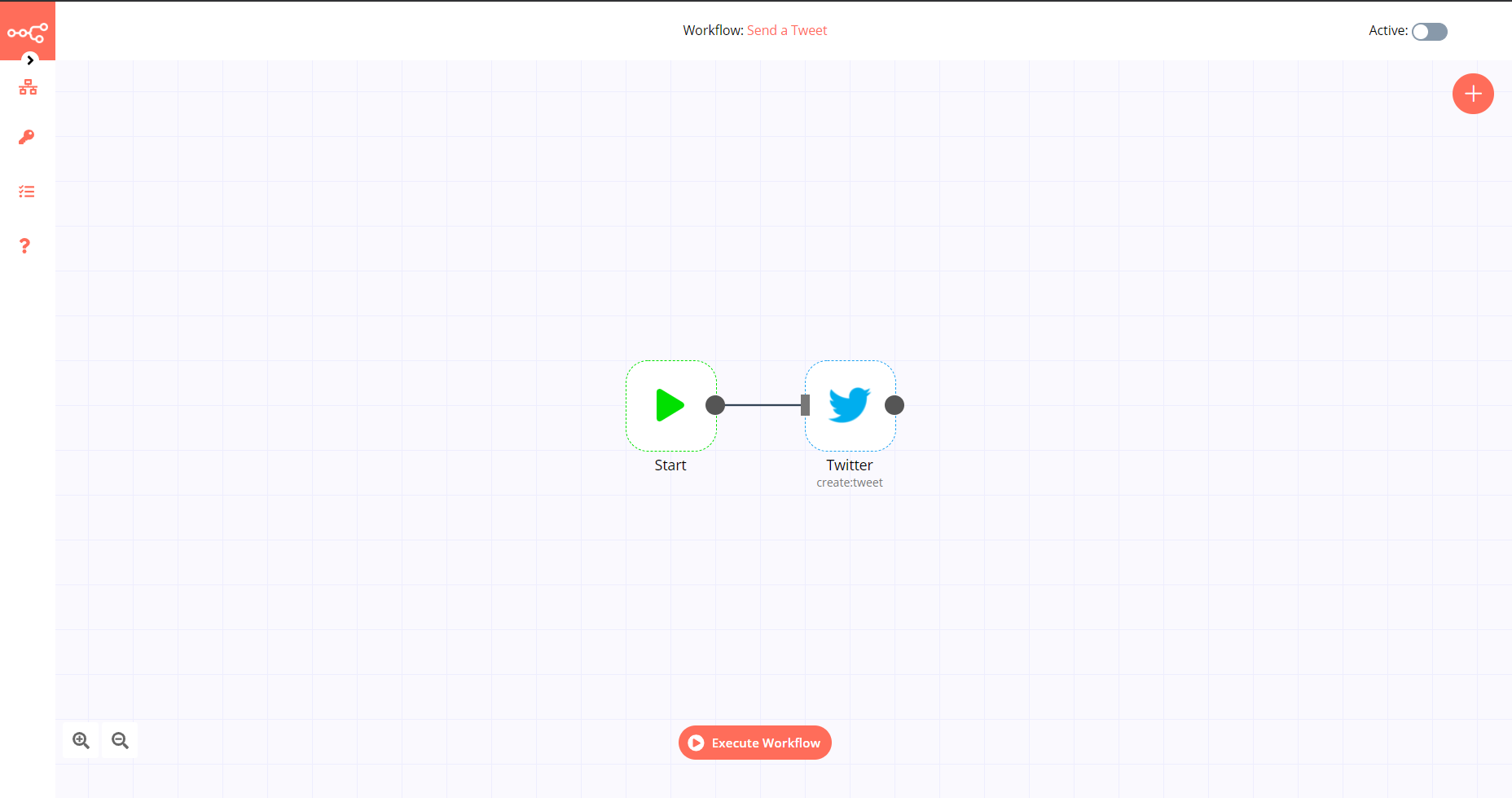 The start node exists by default when you create a new workflow.